After showing ‘good performance’ in the Bihar Assembly elections, the All India Majlis-e-Ittehadul Muslimeen (AIMIM) party on Sunday announced that it would contest 100 seats in the Uttar Pradesh Assembly polls in 2022.

The Hyderabad MP, by tweeting in Hindi, announced that his party will contest the Uttar Pradesh Assembly polls.

He wrote, “I want to put some things in front of you regarding the election: 1) We have decided that we will field our candidates on 100 seats, the party has started the process of selecting the candidates and we have also released the candidate application form. 2) We are with Om Prakash Rajbhar`s Bhagidari Sankalp Morcha. 3) We have not had any talk with any other party regarding elections or alliance.”

Earlier, there were speculations that AIMIM will be forming an alliance with Mayawati’s Bahujan Samaj Party (BSP). However, Mayawati on Sunday dismissed the reports and said that her party would contest alone in Uttar Pradesh.

In a series of tweets in Hindi, the former chief minister categorically denied any tie-up with the AIMIM for the assembly election in Uttar Pradesh due next year.

“A news channel is broadcasting news since yesterday that in the upcoming UP Assembly elections, BSP will contest along with (Asaduddin) Owaisi’s party AIMIM. This news is completely wrong, misleading and devoid of any fact. There is not even an iota of truth in this. The BSP vociferously denies this.

“The party wants to clarify that barring Punjab, the BSP will be contesting the Assembly elections to be held in UP and Uttarakhand alone, and will not be entering into any alliance with anyone,” Mayawati said in another tweet.

Assembly polls in Uttar Pradesh are slated for early next year.In last year’s Bihar assembly elections, the AIMIM won five seats (it contested 20) in the Muslim-dominated Seemanchal region on the border of West Bengal. 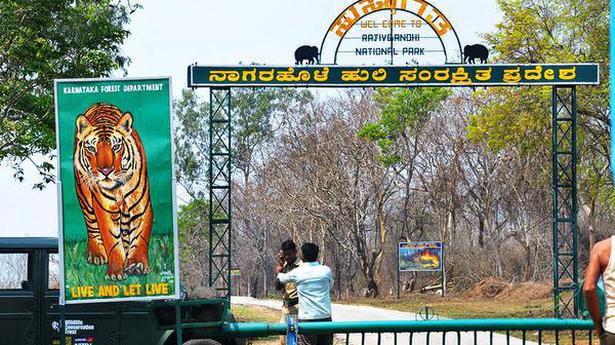 Long wait for honorary wildlife wardens continues for most districts