The launch date of the Samsung Galaxy M42 5G has officially been revealed now. The long-time rumoured Galaxy M42 5G will launch in India later this month on April 28. The 5G smartphone will be available for purchase on Amazon and of course on the company’s official website. The release date hasn’t been revealed yet. Also Read – Most affordable smartphones with telephoto camera to buy in April 2021: Realme X3 SuperZoom, Samsung Galaxy A72, and more

The Amazon special smartphone will go official in the country at 12noon on the slated date. The Galaxy M42 5G has been listed on Amazon website for a few days now with some of the key features and specifications. Also Read – Samsung Galaxy Z Fold 3 may not have S-Pen silo, could get a dedicated case

Before getting into know what the phone will bring to the table, it should be noted that this is the first Galaxy M series smartphone with 5G support. Since earlier this year, we have seen the South Korean smartphone manufacturer launch several 5G smartphones under its A, S and other existing series. Also Read – Amazon Echo Buds (2nd Gen) with improved ANC launched at a fairly cheap price

Here’s what the Amazon listing reveals

The e-commerce listing reveals several features and specifications about the upcoming Galaxy M42 5G. The listing suggests that the Galaxy M42 5G phone will include a teardrop notch display while at the rear panel there will be a square-shaped quad-camera module.

The smartphone is tipped to be powered by Qualcomm’s Snapdragon 750G SoC. Several other features that the phone is said to equip are Samsung Pay, Knox Security, Secure Folder, AltZLife, and Content Suggestions.

Rumours circulating on the internet suggest that the upcoming Samsung smartphone could be a rebranded version of the Galaxy A42 5G, which was launched last year. Other rumours suggest that, while most of the key specifications between the Galaxy M42 5G and Galaxy A42 5G will be the same, there will be some differences here and there.

What about the price?

A previously leaked report revealed that the Galaxy M42 5G could cost below the price tag of Rs 25,000 in India. We suggest you take this with a pinch of salt given Samsung is yet to reveal official pricing of the Samsung phone. 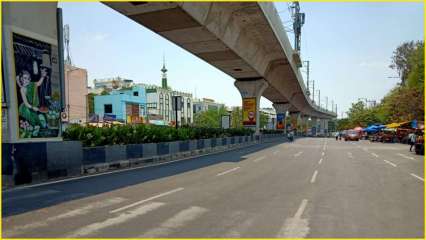 COVID-19 will be under control by Diwali: Dr Harsh Vardhan