The trial comes on the back of the deaths of two exiled Pakistani dissidents—Karima Baloch and Sajid Husain Baloch— that investigators claim were suicides, but activists suspect may have been murders.

New Delhi: A London man is scheduled to appear in court on Monday, to face trial on charges of plotting to assassinate the prominent Pakistani blogger Waqas Ahmad Goraya, authorities in the United Kingdom have told News18.

Goraya, who now lives in exile in Holland, was allegedly kidnapped and tortured by Pakistan’s Inter-Services Intelligence Directorate in 2017, along with four other prominent activists critical of human rights abuses by the country’s military.

“A man has been charged with conspiracy to murder following an investigation by the Metropolitan Police’s Counter Terrorism Command,” an official spokesperson told News18. The man, the police statement said, had been identified as Mohammad Gohir Khan, a resident of the Forest Gate neighbourhood of east London.

The trial comes on the back of the deaths of two exiled Pakistani dissidents—Karima Baloch and Sajid Husain Baloch— that investigators claim were suicides, but activists suspect may have been murders.

In addition, intelligence services in multiple countries have reported credible death threats against exiled Pakistanis, who were critical of that country’s military, dating back to 2018. These include prominent faces like scholar Ayesha Siddiqa and journalist Taha Siddiqui.

Khan was produced before the Westminster Magistrates’ Court on 19 June, where he was remanded in custody to appear at London’s Central Criminal Court — known as the Old Bailey — on 19 July.

London-based police sources said Khan is expected to plead guilty. Although police believe Khan agreed to conduct Goraya’s assassination in return for a cash payment, officials declined to discuss who offered the payment.

Sources familiar with the case told News18 that few details are available on Khan’s background, other than the fact that he migrated to the United Kingdom after finishing his school education in Lahore. He, later, acquired British citizenship through marriage.

The alleged assassin is believed to own a number of businesses—mainly in the cargo sector—one of which, public records show, was declared bankrupt in February this year.

In the same month, sources familiar with the case told News18, that police in Holland moved Goraya, and his immediate family, into a safe-house based on what they believed was credible information of a threat to his life.  The intelligence, the sources said, emerged from a surveillance operation targeting a transborder narcotics syndicate believed to be running drugs into the port of Rotterdam.

Following the removal of the Goraya family to the safehouse, a source familiar with the case said, at least one individual linked to the assassination plot visited Holland, and attempted to locate their target.

Last year, Goraya told Dutch he was attacked by a man who appeared to be ethnic-Pasthun, who threatened to kill him, and warned that he knew where his family lived. No arrests were made on that occasion.

Goraya did not immediately respond to a request for comment. This story will be updated with his response when it becomes available.

Earlier, in 2018, police in the United Kingdom had issued notice to the London-based scholar Ayesha Siddiqa—the author of an authoritative scholarly work on the Pakistan Army’s controversial business and property holdings—that they had information of a threat to her life if she returned to her homeland.

Federal Bureau of Investigations officials in the United States, official sources said, had also issued warnings to several journalists and activists based in France, Australia and Canada at around the same time.

“The ISI’s seems to be attempting to spread fear among Pakistani dissidents in exile, who are challenging the military’s chokehold over political life in our homeland,” one of the activists said.

“We will not be cowed”, he added. “We were not silenced by torture and death threats at home, and will continue to speak out.”

COVID-19 vaccines may affect SARS-CoV-2 evolution, but that’s no reason to avoid inoculation 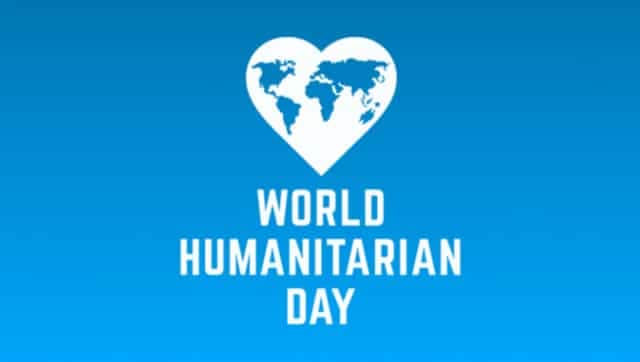 World Humanitarian Day 2021: History, theme and all you need to know